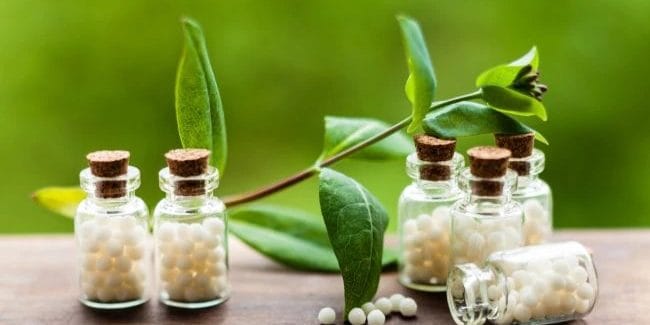 A term originally coined by Samuel Hahnemann, M.D., the founder of homeopathy. Allopathy describes the treatment of disease using a principle of opposites, for example, treating constipation with a laxative. We now know ‘allopathic medicine’ to be considered the same as conventional medicine.

Subtle and directed elimination through the body’s ’emunctories’ to facilitate detoxification of intracellular areas in order to reinstate healthy physiological function. See: Emunctories definition below.

In Gerard Gueniot’s teachings, the notion of the Constitution represents the core structure of a person.The Constitution is what determines how a person responds to life changing and tragic events.

Constitutional Homeopathy refers to Samuel Hahnemann’s original theory that a practitioner could balance the whole person with a single homeopathic remedy. A large emphasis was put on the ‘simillimum’, or the one, single remedy that matches the main essence of the patient. In opposition to this notion, Drainage homeopathy uses more than one remedy at one time to support a patient.

The tendencies a person has that are both inherited and developed, lead to becoming imbalanced or ill. These tendencies determine the ways in which an individual handles illness. Read more on Diathesis HERE.

Using multiple, low-potency homeopathic remedies to support detox pathways in eliminating toxins. This term originated in France, and is often called ‘Biotherapeutic Drainage’, referencing the support on re-training the body how to eliminate completely. We prefer “Complex Homeopathy”.

A loss of harmony between a set of organs or functions in the system with many possible causes.

Any route or organ of elimination that aids in the removal of waste to the exterior of the body because your normal detox pathways, such as your liver, are too bogged down. Examples would include symptoms of the skin, the intestines, the mucus membranes, as well as pathological fistulas, ulcerations or abscesses. The use of the word emunctory implies that when such drainage takes place, the innate wisdom of the body is removing toxicity.

A prevailing perspective in modern healthcare which indicates that microbes, such as bacteria, fungi and viruses are the original cause of disease. It is a theory that allopathic medicine supports using antibiotics, anti-fungals and anti-virals to “fight off” these microbes. This theory originated after Louis Pasteur’s discovery of the pasteurization process, when it was discovered that you could kill off bacteria at a certain temperature. The thought was that the bacteria had been making people ill, and that killing bacteria would remove this issue. However, the fact that only certain people got sick from this bacteria and others did not only supports the Terrain-theory-of-disease, wherein people get sick because of pre-existing weaknesses, toxicants and disturbances. Towards the end of his life, Pasteur himself was a strong supporter of the concept of Terrain theory, which was only in the early stages of being forgotten in his time.

When one starts allowing acute illness and their emotions to express instead of suppress, we consider the vital shift in result to be a healing reaction. A healing reaction allows for the body to use its inherent ability to correct and detoxify. The signs and symptoms may look like any acute illness, such as a cough, cold, flu, production of mucus or other expelled fluid. Just as a scab forms when you cut yourself, your entire system is working to rebuild itself when you become sick.

Homeopathy is a 200 year-old system of medical practice pioneered by German medical doctor Samuel Hahnemann that stimulates the body to heal itself. Homeopathic remedies are created from plant, animal, or mineral substances using a method that dilutes (with water or alcohol) and successes (shakes vigorously) the substance in order to imprint the energetics of the element into the water. This is done to create a signal that will impart information to the body and cause it to react. Homeopathy allows a person’s body to get back to self-regulation. This is different from medications and drugs which react for the individual and force something to happen. Homeopathic remedies are accepted by the FDA and are listed in the Homeopathic Pharmacopoeia, which is the official compendium of standards for preparations of remedies, similar to  the allopathic Pharmacopoeia for drugs.

The art and science of curating a natural protocol to support the medical uniqueness of any single person. This type of medicine takes into account a person’s entire life history, family history, laboratory assessments and complete medical history. At Options, it can also include assessing and addressing temperament, diathesis, and a person’s constitution to effect a healing process.

The law of similars is a fundamental concept in homeopathy. This law explains that a substance that causes specific symptoms in a healthy person will help to correct those same symptoms when given to a sick person. For example, if a person is exposed to poison ivy (Rhus tox), they will develop a red, itchy rash. When a person is dealing with skin irritations or a rash, the homeopathic rhus tox can be given to them to help resolve the symptoms.

Opposing the innate wisdom of a body’s reaction by using therapeutics or medicines that oppose nature. We were born from nature, it was here before us, and we will return to it. Nature Cure and homeopathy resonate with nature to help heal, instead of opposing what originated before Allopathic medicine which has a tendency to go against the natural laws.

This is the art of healing that involves the direction nature takes as its own corrective course. It does not involve man-made pharmaceuticals, but uses and supports elements found naturally to steer the re-regulation of the living system. With natural medicine, there is always something we can do regardless of the pathology. Natural medicine practitioners aim to re-educate people how to take control of themselves and their minds. The signs and symptoms you experience are merely your body’s way of communicating with you that something is wrong and can also be the way your body is trying to recover and heal. Naturopathic Doctors are experts in interpreting your body’s signs and symptoms and supporting your body to heal and thrive. It is our job to help you understand the healing journey and provide guidance to optimize your wellbeing on multiple levels – mentally, emotionally, spiritually, and physically. Naturopathic doctors understand that all these levels are interconnected and that your health is more than just the physical body or the absence of symptoms. Your mind and emotions play a significant, primary role in your health, wellbeing, and healing. Not addressing your health at these levels will hinder or stop your recovery.

The term Nature Cure was founded in the19th century, by using hydrotherapy and hygienic therapies led by Vincent Preissnitz and Father Sebastian Kneipp in Europe. This came to form the basis for naturopathy as a medical profession in the United States. Nature cure traditionally refers to methods of self-healing such as fasting, dieting, rest, or hydrotherapy. Nature Cure is a system of building the entire being in harmony using Nature to assist on the physical, mental, and spiritual planes of being.

The specific strength of a homeopathic remedy. The potencies of homeopathics are based on the dilution ratio and many times they are diluted. You may see the name of the homeopathic with a number and letter after it such as Arnica 12C or Belladonna 30X. The number refers to the how many times the remedy was diluted and the letter refers to the dilution ratio. “C” means the remedy was diluted 1 part to 99 parts liquid and “X” means the remedy was diluted 1 part remedy to 9 parts liquid. The higher the number and the dilution, the stronger and deeper acting the remedy. In general, Remedies below 30C are dosed more frequently and act more on the physical symptoms, but can also act on mental/emotional symptoms. Those potencies at or above 30C are dosed less frequently and for more serious symptoms. Your naturopathic doctor can help you decide which is best for your situation. Higher potency is thought to have more action on the mental states and lower potency to have more effect on the physical states.

A term used in Gueniot’s method of homeopathy that refers to the behavioral tendencies of a person. Temperaments that become imbalanced contribute to symptoms and the development of various illnesses.

From the perspective of natural medicine, the terrain of a human being is made up three things: what is inherited (i.e. what he came with), an individual’s personal history (i.e. nutrition, personal events and withheld toxicants) and finally, what suppressive medical therapies he has had, such as vaccination, antibiotic therapy or other ongoing drug treatment. This theory opposed Germ-theory-of-disease, because it is the belief that a person’s makeup is what makes them predisposed to becoming sick when faced with an external threat or microbial shift.