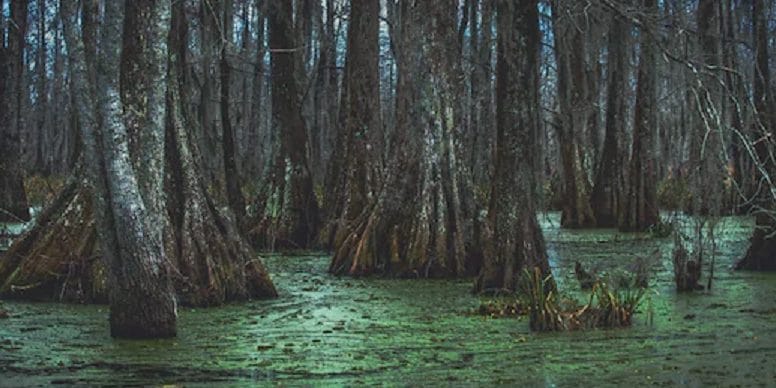 Diathesis describes a person’s predisposition or tendency. The early homeopaths used another word for this type of classification: miasm. The founder of homeopathy, Samuel Hahnemann, originally described three classic miasms or diatheses:

Psoric (SORE-ICK), Sycotic (SIGH-CAH-TICK), and Syphilitic (SI-FA-LI-TIC), known in Europe as Luetic (LOO-E-TIC). Today, we add a fourth that is thought to have developed in the late 19th and early 20th Centuries: Tuberculinic (TOO-BER-CUE-LIN-ICK). These are the four diatheses that Gérard Guéniot described in great detail and are used in the concept of biotherapeutic drainage.

Please note that this is one of the most difficult concepts to grasp in the study of homeopathy, so if you still feel a little fuzzy after reading this, you are not alone! Dr. Guéniot did a great service to humanity in describing them so thoroughly and we are trying to translate his work for use by the general public.

The general action of each diathesis or miasm can be summarized as follows:

*These general actions are explained and described in the summaries for each.

Diathesis relates to the particular tendencies a person has that he either inherited or developed after birth. Each person may have traits of one or more diatheses, but usually one predominates. The predominating diathesis can change over time, as well, with either an improvement in the general health and a shift to a more functional diathesis or with a decline in the overall health evolving into a more degenerated and dangerous diathesis. The key is to determine which is predominating at any one moment.

Diathesis helps us understand the history of a person, or how they got to where they are today. This allows the practitioner to make sense of the history of the patient and which specific symptoms or tendencies must be treated. Diagnoses are labels given to a certain set of symptoms that have a certain prognosis associated with them. They help us understand a disease process, but not an individual person. These descriptions of diatheses given below are not necessarily translatable to certain disease diagnoses, but we do often find that certain diagnoses fit nicely within the description of certain diatheses. For example, most types of hormonal imbalance, such as endometriosis or polycystic ovarian syndrome (PCOS), are a sign of the Sycotic, or centripetal, diathesis. As the patient becomes progressively clogged up with toxins, the liver ceases to do its proper job, which then causes the hormones to get backed up and cause a wide variety of symptoms.

While miasm has been described in many homeopathic texts, diathesis captures the true trans-generational notion that Dr. Guéniot taught. He explained that these traits not only come down through the lineage of our ancestry but that they also come from our lifestyles, our environment, and from dangerous and suppressive medical choices. Thus, these tendencies are both inherited and created by what we do in our lives.

We have all noticed tendencies in ourselves or in particular family members that seem similar to those in a certain ancestor or another person in the immediate or extended family. Diathesis describes the inherited trans-generational qualities that come through family lineages on an energetic and a physical level. While many would refer to these traits as ‘genes’, the homeopathic use of diathesis goes far beyond the DNA. It is a concept that elucidates those similarities in psychological characteristics between a mother and her son; traits that cannot be coded for by any particular gene. We’ve seen patients who have had the exact same fears as one of their parents without the occurrence of a prior event to explain the fear. What we have observed clinically is that an imbalanced diathesis can make those inherited aspects come through and present in the symptom picture of the patient. This is the same idea as to when we say we come from ‘good stock’; the strengths of a diathesis are trans-generational, as well.

It is not only possible to inherit a diathesis, but it is also possible to create one. If you live your life eating very poorly and using an exorbitant amount of suppressive drugs, you will create certain tendencies in your body. For example, if you eat Ho-Hos and chocolate milk every day for breakfast, eventually, your digestive organs, the pancreas, and liver will break down and cease to function. After years of this or similar poor nutrition, you will have created a dulled physiological reaction, where your eliminatory functions are no longer effective and where these functions may or may not return to normalcy on their own-even if you change your diet.

Similarly, if a woman repeatedly uses hormones to correct her irregular periods, or for birth control, she will overwhelm her liver’s capacity to eliminate these chemicals and eventually develop problems in other areas altogether, leading to the complete blockage of her critical organs for elimination (liver, kidneys, skin, etc.) This is a classic example of creating or worsening the Sycotic diathesis often seen in young women who are on the birth control pill for a number of years and then start developing chronic sinusitis or chronic urinary tract infections-or both!

Furthermore, if a child lives in an environment where both parents are extremely Luetic, it is highly likely that the child will mimic this state and become Luetic as well. This is how certain diatheses can be created by medical treatments or lifestyles.

If we understand these diathetic tendencies and how they come about, we can better understand how to correct them. Homeopathy can balance these and stop certain pathological tendencies from coming into being. In fact, homeopathy is really our only tool to reverse these tendencies.

Upon learning about these concepts, most people quickly ask, ‘Which diathesis am I’ When considering this question, it is important to remember that like Temperament, no person entirely belongs to any one miasm. We all have characteristics of each, but usually one is predominant and this is what the homeopathic drainage practitioner will consider for the basis of his or her treatment.

To better understand what your doctor may be trying to explain about you, let us describe the characteristics of each.

As stated earlier, each of the four has a main action that can be summarized as such. Click on each diathesis below to learn more: