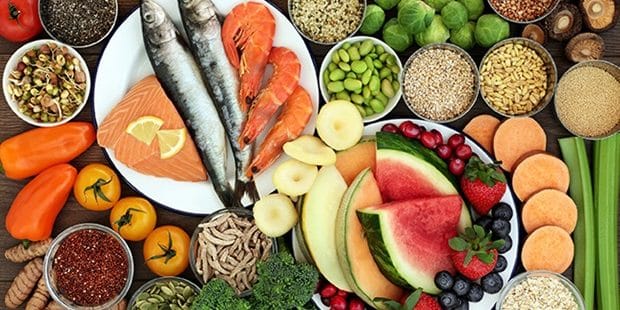 Diet is something that MUST be individualized.  There is no single diet that is ideal for everyone.  Dr. Erin primarily chooses from an array of diets and simple, whole food recommendations when guiding her patients as to what they should be eating. She often initially refers patients to Michael Pollan’s books, especially Food Rules.  Beyond that, we look at specifics based on the condition at hand and create a list of recommendations specific to the individual’s needs, such as low carbohydrate diets for diabetics and pre-diabetics. Dr. Erin guides patients to recipes and gives a general idea of which foods to increase and which to avoid.

In some cases, some testing is in order to determine the ideals for an individual patient. These are a few of the assessments we offer:

In some cases, it is necessary-or just easier- to investigate which foods the patient is inherently not digesting. Dr. Erin uses a traditional naturopathic evaluation to assess this, called The Carroll Test, named after Otis G. Carroll, a naturopathic doctor who lived and practiced in the 1940’s and 1950’s.

Knowing that conventional allergy tests, such as skin prick or RAST tests, only reveal the most severe of immediate hypersensitivity reactions, Dr. Erin initially used alternative lab tests that showed delayed hypersensitivity reactions, i.e. those that reveal an immune response 24-48 hours later.  These tests, such as IgG antibody tests or Eliza immunoassays, reveal elevated IgG antibodies or white blood cells, but apparently do not consistently correlate with patient’s symptoms in Dr. Erin’s experience.  Frustrated by all of this, and not wanting to waste patient’s money, she circled back to a test that has actually been in clinical practice for nearly 100 years-the Carroll test.

This naturopathic diet evaluation takes a few drops of the patient’s blood and is analyzed to determine which class of food and/or which combination of foods are not digestible by the person. This lack of digestibility creates greater problems than just gastrointestinal (GI) symptoms. Since indigestibility means a person will be mounting a degree of endogenous toxicity, a ‘dietary error’ can wreak havoc on all of the patient’s symptoms, even those outside of the GI tract, such as the heart or skin.

The foods found on this test are not a long, unrelated list of foods as are often seen on food sensitivity tests, but rather usually a class of foods, such as ‘potato’, ‘fruit’, ‘milk’, or a combination of foods, such as ‘fruit with sugar’ or ‘potato with grain’.

Many of these foods are hidden in additives and other ingredients. The test results come with a comprehensive list of what to watch for, since one might not think they eat much potato! Since even a small amount of a food can interrupt digestion of other foods, it is important to uncover what they are in those persons with chronic disease.

Dr. Erin also offers an individualized diet based on Peter D’Adamo’s work on epigenetics, which are the factors that influence one’s genetic expression. We call this individualized diet your “Epigenetic Nutrition” as it is a clear diet of over 700 foods that are medicinal, neutral or to be avoided for each person.

This diet plan is based on a massive extension of D’Adamo’s previous work on blood types and his “Eat Right 4 Your Type” series.  His book “Change your Genetic Destiny” explains the basics of the concepts as well as how to get into determining your own “genotype”, but not to the same level of detail and specificity that we do in the office.  In order to do the Epigenetic Nutrition work-up, you need your Blood type and Rh type.  Other parameters needed include various biometric markers such as leg length, fingerprint patterns, body type and iris patterns, among other information such as personal and family history of various diseases.

The assessment and resulting diet provides a life of guidance on which foods are ideal for you.  A list of over 400 recipes generated from your Superfoods (medicinal foods) is given as a .pdf file, along with a link to a menu planner.