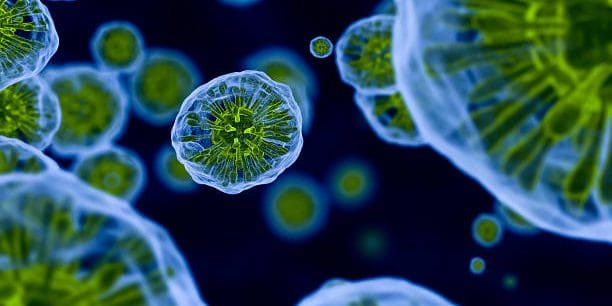 The Luetic individual is one who does eliminate, but whose eliminations tend to be destructive. These persons are so chronically full of toxins they tend to suffer from chronic inflammation and chronic infections. Their rhythms are off, they tend towards substance abuse and they respond poorly to most therapies.

Historically, Hahnemann described the Syphillitic miasm as a “lesional” miasm, since there is often an actual physical change or ‘lesion’ involved. One example is in the case of diabetes, where initially an autoimmune process destroys the pancreatic cells themselves and then later, the end-organs (critical organs, at the peripheral end of the capillary arteries) have also deteriorated with lesional disease (retinopathy, neuropathy, chronic kidney disease, etc.).

The Luetic type will destroy his own tissue in the apparent attempt to heal himself. This is a very deep-seated and highly dangerous tendency that must be treated carefully by both allopathic and homeopathic medicine. Luetic tendencies explain self-destructive behavior in certain individuals and otherwise unexplainable medical phenomena such as aneurysms, where critical arteries suddenly burst open creating a life-or-death situation.

The Luetic person seems to do things backwards, or they at least have a different perspective from the mainstream point-of-view. It isn’t always a problem, but this type of person must take critical care so that he is protected and avoids a dire or deadly aggravation of his very strong tendency.

Antioxidants are of absolute importance in the Luetic individual. The need to protect
tissues and all organs of the body cannot be overstated in importance. It is also important that these persons be drained according to the principles of Biotherapeutic Drainage almost incessantly. The only way to avoid severe illness is to drain, drain, drain, which serves as another route to prevention in the most dangerous diathesis we understand as homeopaths.

People often assume the Luetic diathesis is bad since it can be dangerous but it’s important to understand that this diathesis, like all diatheses, when balanced, does not necessarily have to be dangerous or negative. The Luetic person offers a different perspective, a view that others do not hold. The Luetic is the genius or the maverick. These people are researchers and scientists, bringing a greater understanding to the world. They are the revolutionary artists, the Dalis, the Picassos, the Laurie Andersons, who created the heretofore-unseen paintings and performance art of the post-modern era.

The problem comes in that the Luetic person tends to have no roots to their past and thus, they do not think about the consequences of their actions. They do things because they can – without looking at the ramifications of their work. It was very Luetic to create the atomic bomb, without looking to what would become of it in future generations. Likewise, it is quite Luetic to create genetically-modified food, forever changing the landscape of nature’s seeds, without knowing what impact these actions may have on the health of humans or wildlife. There is no respect for rules in the Luetic.

We see Luetic individuals who are self-destructive both on a physical level and on a behavioral level.  A person does not have to show signs of both in order to be considered Luetic.

Some symptoms of the Luetic diathesis are: