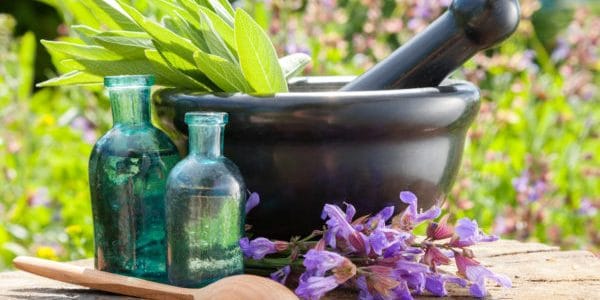 Naturopathic medicine offers an integral solution to the health care crisis in the United States.

Naturopathic medicine offers an integral solution to the health care crisis in the United States. It is a system of medicine with huge success in both minor and major illnesses, cost-effectively addressing many problems for which there is claimed to be no cure. Unfortunately, while many people have a vague idea of naturopathy, few understand what it really is.

Historically, homeopathy, herbalism and natural living practices in the late 19th Century were the predecessors to modern naturopathic medicine. These traditions developed over the centuries as physicians learned to trust the healing power of nature. Noting positive changes in the course of long-term illnesses following acute problems of a different nature, these doctors realized not all disease was necessarily ‘bad’. Naturopathic medicine grew out of a tradition of practitioners referred to as vitalist, because they trust the wisdom of the body’s attempts to heal itself. Today, naturopathic medicine uses the best of western physiology and modern science, while retaining this ancient vitalist philosophy that views the person as a whole being whose strength resides in one’s capacity to react. Reactions are signs of the healing power within. Reactions are the symptoms the body creates to signal a problem, or a dysfunction. The therapeutic philosophy in naturopathic medicine is based on the experience of the patient and the experience of the physician; the true science of knowing from experiential evidence.

Modern medicine overshadowed natural medicine for the greater part of the 20th century. The discovery of penicillin played a significant role in almost wiping out the naturopathic movement that began in the late 19th Century. An antibiotic is the quintessential allopathic medical attempt to eliminate the reactions, or symptoms, of the patient. Experience has shown that the cessation of the infection can appear to be truly miraculous, however, the use of antibiotics, like other allopathic medications, is often at the expense of the chronic health of certain organ systems or even the longevity of the patient. Naturopathic medicine addresses the fundamental cause of the symptoms and seeks to correct an abnormal functioning or metabolism. While there are serious cases in which antibiotics are necessary, naturopathy considers repeated infections to be more than a weakness in the immune system. Naturopathic medicine recognizes rashes, excessive mucus, diarrhea and other discomforts as different ways of discharging excessive toxicity from the body. Naturopathic physicians utilize the therapeutic philosophy to understand that these symptoms are usually a reaction by the body in an attempt to self-regulate or heal a deeper problem. Therefore the symptoms are not always seen as dangerous phenomena that threaten the person’s livelihood. In fact, the naturopath knows that it is the suppression of such symptoms that is often the real danger for the patient. Despite the current spotlight on allopathic medicine, experience is once again bringing our attention back to natural, traditional medicine and the efficacy and common sense inherent in its practice. Yet there is a place for both types of therapies, depending on the issue at hand.

Naturopathic medicine can positively support chronic problems by supporting the body’s natural defenses. A Naturopathic doctor chooses from a multitude of options that will enable the patient to detoxify himself: diet, herbs, homeopathics, hydrotherapy techniques, or perhaps vitamins and minerals. Yet the critical aspect in naturopathic medicine is not in what modality is used, but an understanding of the laws of homoeostasis and balance: what it looks like when the body is attempting to heal itself. Naturopathic medicine, as a vitalistic approach, maintains that if the expression of the healing reaction is not recognized, substances that suppress the body’s vital force will be used. The long-term impact is the weakening of the immune function altogether.

Naturopathic medicine changes the way we understand the language of the body. The symptom reveals what the body is doing so the physician understands how to further enhance the body’s attempt to self-correct. The clearest example is a febrile illness. When an individual has a fever, it is not wise to suppress the fever since this is how the body actually increases its immune system. A fever stimulates blood flow, metabolism, bacterial and viral death, respiratory rate and thus increased oxygen to the brain and involved tissues. To suppress a fever is to work against the body’s own defenses and thus against the body’s inherent healing power. Naturopaths work with the body, not against it, to enable a person to avoid constant, chronic illness. To do so is to understand that acute illnesses can have a purpose. Naturopathic Medicine uses homeopathics to address pain associated with otitis media instead of acetaminophen (Tylenol) which suppresses fevers. Many teaching clinics at medical schools are starting to recognize this and are also recommending that first ear infections, for example, not be treated with antibiotics since research has shown that those that are treated with antibiotics more often lead to repeated infections.

While naturopathic modalities are increasingly standing up in scientific trials of today, it is the philosophy that is outstanding and threads the therapeutics together to form a cohesive system of medical practice. Naturopathy differentiates itself from conventional medical thought in the trust it places in a living being’s capacity to move toward a state of health and wellness when properly supported. Naturopathic medicine places more emphasis on physiology and is thus watching for signs of aberrations in physiological functioning. When there are signs or symptoms, naturopaths intervene before a person develops an outright disease. Experience and tradition has taught that early intervention helps prevent further problems. Naturopathy has the capacity to deal with a simple problem, before it reaches the pathological stage. The result is effective and cost a fraction of delaying treatment until outright pathology has developed. Naturopathic medicine fills the niche of pre-pathological care currently ignored and largely misunderstood in conventional medical practice. It is thus crucial in preventing chronic disease. This is the primary reason naturopathic medicine is a solution to the current health care crisis in America.