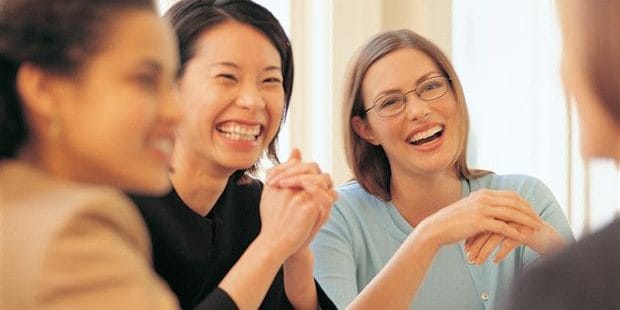 Balancing the temperament in natural medicine means balancing the social aspects of an individual in order to affect their physical symptom picture. In this regard, natural medical practitioners, such as naturopathic doctors and homeopathic physicians, understand that behavioral problems such as mood and social difficulties are often a reflection of the innate aspects of a person’s personality. We do not view these aspects, however, as concrete or unchangeable traits, but rather as features that can be balanced.

When we attune ourselves with who we really are and who we really want to be, we see changes in outward personality traits and dispositions. Natural medicine assists in adjusting off-kilter feelings, emotions, and behaviors with various therapies that help to gently detoxify and regulate bodily functions. As a result, temperaments become balanced.

We offer two different MindBody Temperament Balancing Programs which help to balance mood and temper strong emotions. You can choose to take our 1-Month program or the 12-Week program. After you select and purchase the program, we will email you a questionnaire to fill out. From there, we will take your responses and assemble a series of homeopathic remedies for you. These remedies will aid behavioral tendencies, such as negative or recurring thoughts, chronic sadness, irritability, or severe anger.

Unlike Classical homeopathy, which uses only one remedy, this method recognizes that all humans are a cacophony of emotions, feelings, and experiences that drive the mind’s tendency to replicate what may be ‘unfinished’. Developed by Dr. Gérard Guéniot, Dr. Erin’s mentor, this method picks up on the French method of layering multiple remedies in one prescription to reflect the complexity found in each individual. Dr. Erin has been using this method for over 20 years to great effect in the majority of her patients.

The History of Temperament

The concept of temperament originated with Hippocrates in the 4th Century B.C. and has persisted throughout medical philosophy in various forms since. 400 years later, Galen differentiated temperament into the four classic humors, or biles, as a method to classify patients.

Rudolph Steiner, the twentieth-century philosopher and social thinker who developed the spiritual science Anthroposophy, expanded on Galen’s concepts to describe the nature of children before puberty. Psychologists have used the concept to describe children and personality types in the last century. Gérard Guéniot took these historic concepts of temperament and made them clinically applicable in today’s practice. Guéniot explained in modern terms the ideas of the four temperaments (originally ‘white’, ‘red’, ‘green’ and ‘black’ bile). Expanding on the same notions of temperament taken from Galen that Steiner spoke of, Guéniot elucidated on the Lymphatic (white bile), Sanguineous (red bile), Bilious (green), and Nervous (black) temperaments to explain the four possible ways people react to their circumstances. In doing so, he assisted natural medical practitioners in accurately predicting and thus preventing various resultant diseases.

In this line of thinking, temperament is about balancing the social aspects of a person. Guéniot related temperament to a person’s behavior and their deep metabolic function. In order words, the physiology of the person is directly related to imbalances in their relationships. Since we cannot prove the relationship that temperament has on biology, these associations are largely ignored in classical, Western medicine. But to act upon these imbalances with homeopathy is to watch true therapy occur.

The concept of temperament seems solely psychological but in fact the discernable effects on a person’s physical condition. This concept is outside mainstream medical thinking but becomes far less absurd if we stop and think about our own personal lives. Here are a few examples: If I have a fight with my spouse, I just might contribute to my exacerbating my own PMS; If my boss enrages me, my blood pressure may go up and remain high, if I feel sad because of the perspective that my life is too hard, I just might burn through enough serotonin while managing my mood that I create an actual ‘chemical imbalance’ and end up chronically depressed.

What is my Temperament?

The four temperaments are explained in almost stereotypical terms here, for the purpose of understanding the general type for each.

Lymphatic types are slow, like to eat a lot, and tend to take on a variety of possessions. This temperament represents the growth phase and is thus predominant in children. They tend to easily gain weight or at least be slightly rotund. This speaks to the ease with which they communicate with others and expand into their environment. When the lymphatic person is unbalanced, passive circulatory problems tend to ensue, for example, varicose veins or lymphatic congestion (swollen glands). Because of this, the more severely imbalanced and toxic lymphatic person is at risk for serious congestive issues, such as venous clots or thrombi, or perhaps, in the severely toxic, Lymphoma (Hodgkin’s and Non-Hodgkin’s Lymphoma).

The sanguine temperament is very social and extroverted. They like to interact with others and are very much involved in their work. They tend to invest in their relationships or in important projects and tend to stick with it until the end. They are good listeners, attend to others carefully, and end up being quite unorganized or messy as a result. Sanguineous types are often overly invested in their relationships and thus hurt the other person or possibly end up getting hurt themselves. They are good at sales and marketing but can often get so into their work, working from their heart, that they don’t mind their time or need to make money. In terms of physical pathology, they tend to have problems with circulation, such as high blood pressure or migraine headaches. They are at risk for high fevers, cardiovascular problems such as arrhythmia, stroke or heart attack, and even brain hemorrhages.

A person with a predominantly bilious temperament will be extremely organized and quite good at managing their lives, jobs, and households. They put a tremendous amount of importance on action and often sacrifice communication as a result. These individuals would make great military leaders and could often lead armies to victory with their skills. When imbalanced, they tend to be quick to anger, or at least irritable. As the name implies, the bilious temperament has a strong relationship with the liver and thus liver pathology. We often see hormonal congestions, imbalances, and elevated cholesterol or other problems as a result of poor liver function in the bilious person. The hormonal imbalances that result are both the consequence of the liver’s role in making the cholesterol backbone of all the steroidal sex hormones, as well as its role in downgrading and eliminating them.

The nervous type tends to overly develop his higher neurological functions; he is intellectual, withdrawn, and serious. They are usually thin and tend to focus on an accounting of things rather than relationships. They prefer to remain home, playing with a computer or perhaps a video game, rather than go out and meet friends at a restaurant. They are analytical but have difficulty with a larger synthesis. They are good researchers, technicians, and computer programmers. Since these individuals have problems regulating overall systems – especially nervous systems, they are at risk for developing problems such as memory loss (and eventually dementia or Alzheimer’s), Multiple Sclerosis, or Parkinson’s. Other risks include problems with their eliminatory organs, such as the kidneys, ulcerations, or gangrene.

For all the hoopla surrounding “mind-body” medicine and the lip service that is given to wholistic therapies, I have found few systems that are actually wholistic*. While I don’t think I ever heard the word “integrative” pass Dr. Gérard Guéniot’s lips, the true beauty of the therapeutic method he developed is that it integrates the physical and the emotional aspects of illness. His extension of the concept of temperament lends an incredible service to any therapist who truly wants to help a patient.