A Deep Dive into The Brain Protocol

You are here:
Raising Self Awareness 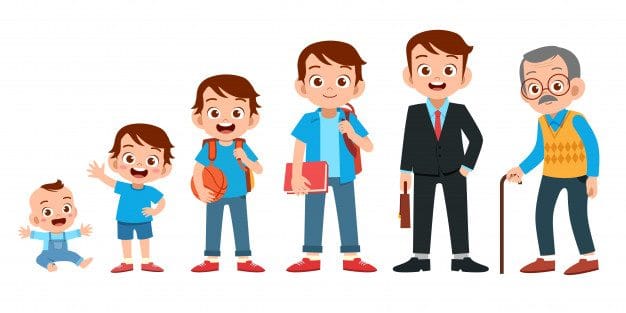 The Brain Protocol is the name given to the specific series of homeopathic remedies, developed by Dr. Gérard Guéniot and his colleagues used to reinforce the normal maturation of the human being. It is used in both children and adults in cases where development has been disrupted or is at risk of being blocked from a current stress or trauma.

Taken over a three-to-six month period, it covers the period of development between birth and puberty- a critically important time.

Think of ACE (Adverse Childhood Event) scores, and how higher ACE scores are associated with a greater risk of disease in adulthood.  The Brain Protocol, more aptly called “Developmental Optimization” helps us ‘reset’ traumas of childhood of either a physical and emotional nature.

This Video explains more about Dr. Erin’s work and use of the Brain protocol.

The Protocol supports Dr. Gérard Guéniot’s ideas on how children mature. Guéniot reviewed the work of various writers, scientists and clinicians and synthesized a grand theory out of what he understood.

Guéniot suggests that it is hormones that direct the critically important neurological connections to develop between the gastrointestinal organs and the central nervous system. He taught that human development is triggered and supported through various hormonal surges, beginning with the pituitary surge of the mother just before birth (via oxytocin), through the adrenal surge of the first year and a half of life (via cortisol), and into the thyroid phase (from one-to-seven years of age) and then a pituitary pull (starting at age seven) before the gonadal organs (ovaries and testes) take over at puberty.

Since the various glands have specific actions and influence over multiple areas of the body, the hormones that the endocrine glands secrete steer the overall development. For example, all non-voluntary organ action, even the basic movement of food through the intestinal tract, requires the organ to be properly innervated by the autonomic nervous system.

Since the gland’s hormonal secretions direct the normal development through three stages, traumas in childhood can also set the stage for abnormal hormonal function in later life. A child whose early childhood patterns are continuously disrupted by irregular wake/sleep cycles, for example, runs the risk of improperly completing the initial adrenal/cortisol phase of development. This can go on to create an adult who has very poor stress responses and even ends up in a state of adrenal fatigue. Likewise, a child whose parents divorced at age five, and who attempted to managed his or her emotions by constantly gearing himself up to believe everything was okay, may be prone to hyper-or hypo-thyroidism in her twenties or thirties. And so on.

Development is interlinked and Simultaneous

What is important about this phenomenon is that the development of the glands, the nerves, the digestive organs and the resulting immunity occurs simultaneously and is interdependent. This is a component of human development that is not often considered by conventional medicine. It’s not that the three glandular stages develop independently, from adrenal to thyroid to pituitary, but rather, they develop in conjunction with all other aspects of the organism and the environmental context the person is developing within. For example, there is a distinct interrelatedness to the growth and changes in the gastric system to changes in the endocrine system. As the liver’s true functions become awakened, the thyroid plays a large role in the behavior of the child. The thyroid is the gland that awakens the capacity of the child to decide what she likes or does not like.

We repeatedly see the phenomenon of babies who will eat anything, taking in any green vegetables in the first twelve months of life. Since the adrenal gland, which is considered the gland of ‘insensitivity’, is the most active in that phase, the child did not discriminate between green vegetables and pasta. Then, suddenly the child who ate broccoli, spinach, and perhaps even greens, turns two and suddenly won’t have any of it! Now, that child has discovered what they LIKE, and are often even more clear about what they don’t like! As the liver develops the capacity to sort, so does the child. This is but one example of the many traits the thyroid brings to the typical child’s development, all of which are interlinked to the simultaneous development of the liver and the neurological structures of the brain known as the limbic system, or the ’emotional’ brain. (Isn’t what we like and not like often based on emotions?). Likewise, the capacity for learning, for memory, is based on the development of the emotional component of the child, through the simultaneous developments in the thyroid, the liver and the limbic system.

These phenomena solidify who this child is, in a sort of self-definition. As the changes occur in the developing organs and nervous system structures, the child engages in learning the notion of ‘self’, not unlike the concept of ‘self’ understood in immunology. For example, as the liver develops the capacity (which it does not have at birth) to make antibodies against foreign substances, the thyroid gland is actually directing a more complete understanding the child has about who she actually is. Self-development is nothing other than immunological development, since the immune system’s job is to root out and destroy all that is not me.

A Spectrum of Trauma to Address

To make these abstract notions more real, consider the following scenario. At three years old, right at the time that the nerve structures of the colon are becoming myelinized, a child’s grandmother dies. The parents, perhaps in a protective gesture, don’t speak directly to the young child about what has occurred, unaware that his emotions are mixed with fear and perhaps even nightmares. In most scenarios , the child continues on, without anyone recognizing any disturbance. Still this trauma, this loss, becomes implanted right into the tissues that were developing at that time. The memory becomes like a blockage to a layer of his furthered development, perhaps also affecting the thyroid, which was working to protect the emotional being this child is. Maybe the child develops fears, or maybe the tendencies do not show until many years later. Or perhaps, the child’s behavior changes immediately, but no corrective action is taken, since no family member, nor any health professional, has understood the significance of what has transpired.

This is only one type of relatively minor trauma that can occur to create a degree of blockage in the normal, progressive development. Imagine a child who has repeated ‘disconnects’ or repeated experiences with caretakers who are not emotionally present or scenarios where the child was left feeling abandoned. It is exactly these types of traumas that can be most easily ignored or overlooked. Deaths, physical traumas, those can all be obvious in their relation to development, but what we often forget in this society are the many events that are perceived as traumas., It is the experience of the individual that matters in his development. If a child perceives he has been hurt, neurologically, physically and most importantly, emotionally since this will especially direct hormonal actions, his body will react as if he has been hurt. It’s often the child’s perception even more than the adult’s reaction or intention that contributes in the development of the self.

Emotional and physical traumas of childhood are not only important in our health history but actually become more definitive in who we are and how we become ill. Homeopathic treatment addresses the negative events that create negative memories, which are often stored in the area of the body that was either developing or active at the time of the negative event.

Homeopathy can help an individual re-experience a negative event with some distance, and aid in allowing the individual the opportunity to re-perceive the original event with new clarity and healing. The homeopathic Brain Protocol stimulates the proper development of the endocrine, digestive and nervous systems and can also correct errors in organ function caused by interruptions to the normal development. Since we can always help an individual balance himself during formative development, the protocol is not used only in childhood. Adults who have signs of developmental disruptions often benefit from it as well, even when physical or emotional traumas occurred twenty to forty years earlier , or the trauma cannot be precisely identified. We aid the body in re-linking the neurological structures to the actual organs and vice versa. Because the body has a natural tendency to complete these connections on their own, even if delayed by decades, the Brain Protocol can be significant in most patients.

Many patients experience a significant change or experience from this protocol at some point during the typical three-to-six month period that the protocol is done. It is important that patients enter into the Protocol with a level of commitment to see it through; this system supports deep change that deserves respect and continuity of care. Every patient is unique and individual changes and experiences should be discussed with your physician. Reactions range from calming hyperactive children, to increasing awareness and alertness in older patients complaining of a poor memory, to aiding individuals with autoimmune type diseases to display more normalized immune function.

While it is almost easy to see how the Brain Protocol could be universally prescribed in today’s world, the plan is used with discretion for those individuals and for those times that reflect its need the most. If you are interested in trying the protocol, please speak with your Options Naturopathic physician.

Update Jan 2019: Dr. Erin has created a training course for practitioners wishing to learn more about the Brain Protocol, it’s background, therapeutic indications and use.  Please contact her directly if you would like more information at doctorerin@gmail.com.

How to take the Brain Pro