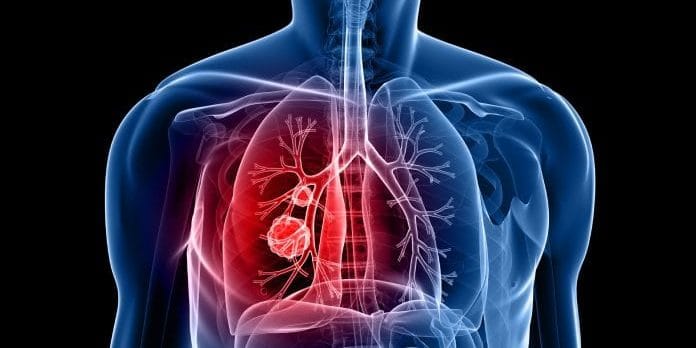 It develops in three stages of attack: first, the liver is attacked, then, the lymphatic system, and, finally, the tissues are attacked. It is a progression of failing in dealing with an aggressor. The liver filters the blood, so any pathogen in the body must get past the liver to impregnate any other tissue. If the liver fails to defend the individual, because the function of the liver is insufficient, then the lymphatic system is the next tool for protection. Often lymph becomes overwhelmed too, and then the nodes of the lymphatic system accept the toxin or pathogen. When the intruder goes beyond the lymph, the tissues themselves must accept the aggressor-and they do this so that the organism may survive.

The most common tissue for an aggressor to settle into is the lung. This is because the lung has the closest relationship to the external world, where the mucosal lining directly interfaces with the outside air through the breath. The lung is then especially susceptible to problems in a person who generally has the experience of being attacked or challenged by someone outside himself. Respiratory pathology, such as pneumonia, bronchitis, or laryngitis, is most commonly Tuberculinic. Likewise, the body will often defend itself against a tissue attack by de-mineralizing the bone (pulling an excess of minerals out of the skeletal tissue). The use of the alkaline minerals is both a defense and protection, and a sign that this type of person tends to open himself up to spiritual or romantic events; he un-grounds himself by losing his mineral structure, thus becoming more in touch with the cosmos, or higher spheres. This is a quasi-normal reaction for an adult, but an extremely dangerous reaction for a child, as are all Tuberculinic tendencies before puberty.

The Tuberculinic diathesis is the diathesis of autoimmune disease. These persons are struggling with some aspect of their identity and the development of the “self” and thus can tend to attack their own tissue because their immune systems do not accurately differentiate between “self” and “other”.